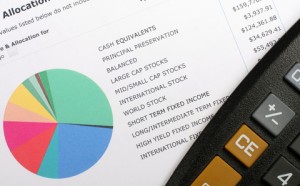 Conventional wisdom often leads to mediocre results. If we tend to follow the crowd when it comes to asset allocation, the general rule of thumb is to have the fixed income portion of our portfolio roughly equal to our age. So for example a 30-year should have 30% of his portfolio in bonds, while a 70-year old should place 70% of their assets in fixed income. The problem is that we now live in a world where interest rates are so low, that after inflation and taxes, there is nothing left for investors.

The compensation in today’s market for lending your hard earned money to the government for a decade is 2% per year (as measured by the yield-to-maturity on a 10-year Government of Canada bond). This rate doesn’t leave enough margin of safety for inflation which has typically been higher than 2% per year in this country. Taxation will also take a major bite out of your income. There is also the slight chance that something could go wrong over the next decade. Ask someone from Greece, Spain or Italy if they thought that their government bonds were risky ten years ago. I am not implying we are on the brink of economic disaster, but our country’s fiscal situation is far from pristine.

So taking this into account, does it make sense for a senior citizen to have the majority of their assets not producing any real income? The end result is that your purchasing power shrivels away while you are under the illusion that your money is safe because you have shunned risky assets (assets whose prices are subject to volatility) in favour of the wisdom of crowds.

Anyone looking at bond quotes these days will notice that most issues are trading at significant premiums. If you buy a bond today not only will you receive a tiny income, but you will also witness your capital erode as your bond gets closer and closer to maturity. Buying a bond above par and holding until maturity is a guaranteed way to lose money. This hurts if you are living off your interest income as you will have less money to reinvest as you rollover your bonds.

Another harsh reality is that most people’s financial plans are failing them. Most plans are designed by assuming a certain rate of return to reach a target goal. In the environment we are currently in you cannot expect a typical balanced portfolio will earn 8% per year. Under the current climate 4% is more realistic. Given that low interest rates are dragging down portfolio returns an investor is faced with two options: either save more or shift your asset mix.

When I add investments to my portfolio I have a target return in mind (which is much higher than 2%). When interest rates become more attractive I will definitely have a generous bond allocation in my portfolio. In the meantime, I will gladly assume additional volatility in exchange for a healthier income stream.

While I don’t advocate that everyone should put all their eggs in one asset class, people should emphasize investments with an above average yield and a reasonable amount of safety. It is still possible to assemble a portfolio that yields 5% by carefully selecting high quality dividend paying stocks, REITs and other alternative investments. Focusing on stocks that regularly grow their dividends provides an inflation hedge that bonds can’t match. Remember that fixed income is “fixed”. Another bonus is that these investments are taxed more favourably. To summarize, dividend stocks can offer a higher yield, tax advantaged income and inflation protection.

Proper benchmarking is also important. I measure the success of my dividend portfolio based on the growth of my cash flow instead of basing it on the value of my assets at the end of the month or my performance relative to an index or another investor. I define my success as making progress towards having an income stream that I can retire on.

Don’t just take my word for it; Warren Buffett recently echoed the same thoughts in an article in Fortune:

The riskiness of an investment is not measured by beta but rather by the probability — the reasoned probability — of that investment causing its owner a loss of purchasing power over his contemplated holding period… a nonfluctuating asset can be laden with risk.

Investments that are denominated in a given currency include money-market funds, bonds, mortgages, bank deposits, and other instruments. Most of these currency-based investments are thought of as “safe.” In truth they are among the most dangerous of assets. Their beta may be zero, but their risk is huge. Over the past century these instruments have destroyed the purchasing power of investors in many countries, even as these holders continued to receive timely payments of interest and principal.

Even in the U.S., where the wish for a stable currency is strong, the dollar has fallen a staggering 86% in value since 1965, when I took over management of Berkshire. It takes no less than $7 today to buy what $1 did at that time. Consequently, a tax-free institution would have needed 4.3% interest annually from bond investments over that period to simply maintain its purchasing power.

For taxpaying investors like you and me, the picture has been far worse. During the same 47-year period, continuous rolling of U.S. Treasury bills produced 5.7% annually. That sounds satisfactory. But if an individual investor paid personal income taxes at a rate averaging 25%, this 5.7% return would have yielded nothing in the way of real income. This investor’s visible income tax would have stripped him of 1.4 points of the stated yield, and the invisible inflation tax would have devoured the remaining 4.3 points.

Bottom Line: In this low-yield market, it pays not to follow the crowd.

Think Dividends is an investment professional who lives in Toronto, Ontario Canada.  He regularly contributes content to The Stock Analysis Mailing List available to readers of Triage Investing Blog.