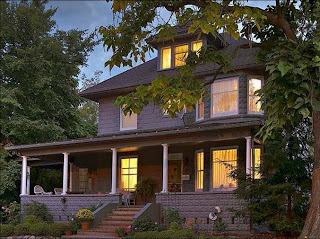 “Right now I am reviewing my mortgage strategy…I am variable at -0.6 prime, 1.9%, and my mortgage matures in November, about seven months away. My goal is from today I would have my mortgage paid off in 4 years and 7 months. So, I am deliberating if I should stay with variable now and continue with it in November or if I should take the safe route and lock in today at 4%. The sense I get from reading the forums is the rates are not going up for some time, but I know you stated not to time the market and I have read your articles on discipline. I am having a real problem making the decision as I am dealing with more speculation than facts. As always any input would be greatly appreciated.”

This question has been written on recently on two prominent Canadian personal finance blogs:

If you read the comments on both blogs you get a wide range of opinions based on very different situations for each individual. What you choose should always depend on your situation, what you can financially manage and what fits your budget best.

What it really comes down to for each individual (or family) is risk. I talk about risk and discipline a lot on this site because I feel it’s something that is very important for financial success and something very few people concentrate on. If you’re too focused on reward I can say with confidence that you’re not properly assessing your risk.

When John & I crunch the numbers there is a significant difference in the cost of the interest on his mortgage between paying 1.9% in a variable mortgage and 4% on a fixed; a potential savings of about 5.55% of his current outstanding principal. (This cost is based on the assumption that rates stay constant over a five year period and he renews a variable mortgage at his current rate)

Rates currently won’t go much lower and guessing where they go over the next five years provides lots of ideas, suggestions and opinions. I will confidently state that rates will be higher five years from now, but how much higher is the question.

What an individual with a variable rate mortgage should do is pick a number they are comfortable paying and if interest rates rise above a certain threshold you lock into a fixed rate mortgage. For John this higher potential rate could be 4.5% or 6.0% but the important concept is cost certainty.

If we’re headed for a 1980’s period of high inflation then a variable rate mortgage will be more than a current fixed as interest rates race upwards over a short period of time. Setting a threshold makes sense for a homeowner in any interest rate environment to protect yourself and provide cost certainty.

My belief is that interest rates are moving higher over the next five years to combat the high levels of debt from consumers and businesses. Variable rate mortgages and low interest rates are the reason for why the current majority of new home owners put down less than 20% of their home purchase and this has partially inflated the housing market past a sustainable level. The decreased interest costs allow homeowners to carry a larger mortgage because of the lower monthly payments than under a fixed rate mortgage at a historical rate. The past eight years are not “historical” in terms of interest rates and one should expect that higher rates are inevitable as economic forces equalize. Home price appreciation has outpaced the growth of real incomes by a factor of 2 (at a minimum) over the past eight years and housing prices are not sustainable no matter what calculation of affordability you use.

I understand there will be a readers who argue with that position. From my perspective of studying RE valuations housing affordability has always been directly proportional to the growth of real incomes over the past 100 years or more. If your income has risen at 6-8% per annum (after inflation) during the past eight years then you don’t have to worry, but income growth supports the affordability of housing and I know very few individuals whose incomes have risen at an equivalent rate of housing appreciation. Add in the low interest rate environment we’ve had and a sudden rise in interest rates is very damaging to home prices. With many new home owners placing less than 20% equity into their homes and affordability dependent on low interest rates I feel that young Canadians are in for a shock in the coming years.