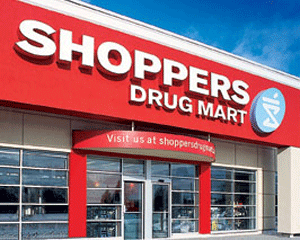 I’ve been taking some time over the summer to update a number of my SA’s on many core holdings within my portfolios and came across the need to update Canadian drug store chain Shoppers Drug Mart (SC).

The return of the stock in my portfolio (excluding dividends) has been essentially flat for the past three years as questions on the economy, growth momentum and various other factors have limited the appreciation of the shares even considering the strong financial performance of the company in this environment. There are many demographic trends that currently benefit Shoppers and management has been keen to focus on reducing cost pressures to improve profitability.

But there’s a question that’s been nagging me as a dividend investor for the past 18 months; the fact that Shoppers hasn’t raised their dividend since February of 2007 when they raised it by 33%. There have been a lot of companies which haven’t raised their dividend due to uncertainty in the economy or their weak financial situation, but Shoppers is a company that has continued to thrive despite a weak economic environment. They have strategically placed locations that attract convenience-oriented consumers and even though their dispensing fees are higher than many competitors customers continue to fill prescriptions there for a variety of reasons.

the moneygardener stated loud and clear in a July post, “Shoppers Drug Mart should increase their dividend” and through my research over the past month I’m pretty confident that I’ve found the reason why they haven’t and might not until later in 2010.

In a public run healthcare system that costs billions per year to operate the incentive to save is clear. But understanding the pharmaceutical industry is an important step to understanding the new role of where governments want to be in relation to helping to set the pricing of drugs.

For years community pharmacies have received allowances from generic drug manufacturers that help to offset the costs of services not covered by government or private drug plans. Independent pharmacies traditionally lose money when dispensing brand name drugs because of higher costs so generic versions are often given to achieve a higher source of profit.

Bill 102, the Transparent Drug System for Patients Act, was passed in 2006 by the government of Ontario with the intention to attract savings to the healthcare system by using cheaper generic drugs when available. The bill allowed the government to negotiate prices of bulk purchases and allowed them to negotiate and accept lucrative rebates. Already a number of provinces have followed suit in an effort to cut costs despite that no public acknowledgement has been made by any government on the amount of money being saved.

The results from these events are straightforward and easy to understand. As provincial governments negotiate with drug companies for rebates previously allocated to independent pharmacies for the sale of drugs the same drug companies will no longer see the incentive to reimburse pharmacies for the sale of their drugs. This results in a direct loss of revenue and for many independent pharmacies a death sentence. The ability for these pharmacies to generate a profit from drug sales depended on the previous rebates and many (if not all) will be unable to make up the revenue loss to remain as a viable business. Communities will lose their independent pharmacies and larger chains will move in to pick up the market share.

That would appear to be a golden opportunity for chains such as Rexall Pharma Plus and Shoppers Drug Mart but the reality is that it’s a Catch-22 for both. For years the larger chains have also received these lucrative rebates from drug companies for offering specific drugs to consumers. Due to scale they will continue to earn a profit from dispensing medications, but it means millions in dollars of lost revenue that will instead move into the hands of the government.

I ran through the numbers on Shoppers Drug Mart in an attempt to determine the financial impact of the loss of these rebates. To say I was shocked would be an understatement.

In my most conservative estimate I determined that up to $180M in lost revenue could come from Shoppers Ontario operations alone and up to $300M lost nationally if the program was fully adopted by the remaining provinces due to the stronger presence of SC in Ontario and Quebec. If implemented by provincial governments I feel this would significantly impact the speed at which Shoppers expands westwards by eliminating a key source of revenue from operations that could only be recaptured through excessive cost cutting.

For confidentiality reasons I can’t publicly release the method or numbers of how I came to these results, but I can state that the generate equation I used came from a source within the pharmaceutical industry who has negotiated prices within the past year with these two large drug chains.

In my humble opinion this dark cloud hanging over the head of Shoppers management is the motivating factor for not increasing the dividend from its annual $0.86/share. I would lay a strong bet that Shoppers is aggressively lobbying the government in an attempt to negotiate a percentage of rebates from the pharmaceutical companies in an effort to preserve a portion of these profits. This is something I’ll be watching very closely and have highlighted in my Situational Analysis for SC. It won’t sway me to buy or sell, but likely I am content with my current holding of shares until a better sense of the financial impact of this develops.

Disclosure: I own shares in Shoppers Drug Mart (SC)